What would you do if you won the lottery? Buy a car, a house, or quit your job? Quitting your job is many people’s dream, but what about if you’re in the military?

If you win the lottery in the military, you’ll most likely be given an opportunity to leave with an honorable discharge due to unique circumstances. This will heavily depend on your position in the military and how necessary your service is at the time you win.

In some states, your military service might exempt you from paying personal income tax, while other states don’t participate in the lottery at all. Let’s take a look at what happens if you get lucky while you’re serving.

Make Sure You’re in a Participating State 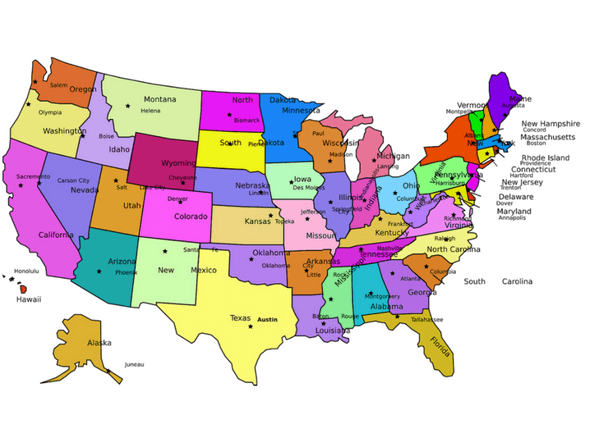 Some military families move around quite a bit because they get stationed in different states. This can make playing the lottery difficult because each state has different rules regarding the game, and it can be easy to get confused about which rules belong to which state.

If you’re stationed in one of these states, you won’t be able to buy Powerball or Mega Millions tickets.

Three things can happen if you win the lottery while you’re serving in the military:

In several cases, lottery winners who were serving were able to be honorably discharged after requesting to do so. In 2004, a Sailor won a $13 million jackpot and got an honorable discharge and was able to go home and be with his family. In 2005, a Master Sergeant got to do the same with a jackpot of $93 million.

Leaving the military after winning isn’t a guarantee, however. If you’re in a top position and your job is a necessity, you might not be approved to leave early and will instead have to finish out your service. Your request to be discharged will have to be granted on a secretary level. It’s likely to be approved, though, because someone who just became a millionaire probably won’t be able to focus on their work or dedicate themself to their work 100%.

A Common Misconception: You Can’t Serve if You’re Rich

Some people are under the assumption that people who are rich can’t serve in the military because they might be insubordinate.

This isn’t true. Although you might get the opportunity to leave if you win the money, it isn’t because they anticipate that you will no longer listen to orders. It all goes back to the idea that someone who now has a lot of money will want to go home and might have a hard time focusing on their work. It’s in the best interest of the recipient and the military that they receive an honorable discharge and go home.

Each state has different requirements about how lottery winnings are taxed.

The following states do not have a personal income tax:

What does this mean for you? It means you get to bring home more money than you would in a state that has a personal income tax. You’re required to pay federal tax if you win the lottery regardless of what state you live in. Add your state’s tax, if applicable, to the amount and you’ll bring home even less.

Luckily, a little loophole is created for those who are serving in the military. If you’re stationed in one of the states that don’t have a personal income tax and you’re listed as a resident of that state, you won’t have to pay any income taxes since you’re technically a resident.

Some states might give you an exemption from state tax if you serve in the military. This will only be the case if your winnings are classified as income and not in a separate category.

If the spouse of the military service member wins the lottery, they will have to pay the taxes that are required by the state they are currently living in.

If a military member’s spouse buys a lottery ticket and sends it to the member as a gift while they’re deployed, it might be a loophole. It’s unclear how it will be handled, so it’s best to consult a financial advisor before you cash in the winning ticket.

What to Do if You Win Winning the lottery is a big deal, especially if it’s a Powerball or Mega Millions jackpot. If you find out you’ve won, it’s important to know what to do next.

Stay Calm and Be Cautious

Keep the ticket safe and secure. Keep the ticket in a safe, keep digital and paper copies, or buy a safe to keep in your house. Your wallet isn’t the safest place to keep it, especially if people found out you’ve won.

You might have up to a year to cash in your ticket, so take your time to do so. You need to have financial advisors hired so you can know how to handle the money ahead of time. It may be tempting to get your money right away, but it’s best for you to wait.

Staying calm and cautious means you shouldn’t immediately put in your request for an honorable discharge just yet. Your ticket might be wrong, you could’ve misread the numbers, and you still need to get a financial advisor.

Hire a Crew of Professionals

You’ll need a financial advisor, an attorney, and an accountant. Once you cash in your winnings, you’ll have millions of dollars to handle and it can get overwhelming. Plus, you might have people knocking on your door and calling you, asking if you want to catch up. It’s important to make sure your money is properly handled. Most importantly, handling your money properly will allow it to last for many years to come.

As mentioned, you might start getting contacted by people asking for donations or handouts. While it’s okay to share the wealth, you need to be careful about who contacts you. It would be wise to get your mail sent to a P.O. box instead of your house and to get a new phone number.

Don’t let your fellow military members know too soon that you’ve won a big prize. Try to stay quiet until you’re able to hire your professionals, and don’t apply to be discharged until you know where you’re going next.

Winning the lottery is a rare opportunity that very few people get to experience. If you win while you’re serving in the military, you might get to leave early with an honorable discharge. Be wise, hire professionals, and make sure you know what tax laws you’ll have to follow based on the state you’re currently stationed in. Depending on where you live, you may have to pay a little or a lot in taxes.