Your life will never be the same after clinching a massive jackpot in the lottery. But what’s listed as the “jackpot” isn’t exactly what you’ll be taking home when you finally claim your prize. States like Texas are a little bit unique when it comes to lottery taxes.

The lottery tax in Texas is 0%, so there are no state taxes on your lottery prize. The federal government will withhold 24% of your winnings to go toward federal taxes. If this new income puts you in a new tax bracket, you might have to pay additional federal taxes when filing your tax return.

Figuring out just how much you owe in taxes after a huge lottery win will make your financial situation much less hectic. So, let’s go over everything you need to know about the lottery in Texas and the taxes you’ll owe on your prize.

Before you worry about the taxes you owe on your big lottery win, you need to figure out how you’re going to claim your lottery prize. Exactly how you do that will depend on how much money you actually won.

Let’s take a look at what your options are for claiming your lottery prize in Texas.

Note: All winners of prizes $25 and above will have to give a valid social security number first.

A lottery prize of less than $600 is the easiest to claim.

Most lottery retailers in Texas are willing to pay out smaller prizes straight from the cash register. For larger prizes within this range, your options are to go to a local claim center, pay a visit to the lottery commission in Texas, or send a claim form via mail.

When your jackpot is valued between $600 and $2,500,000, you can no longer expect a lottery retailer to pay your prize out of the in-store register. In these situations, you’ll either redeem the prize via a local claim center, by mail, or at the lottery commission.

As you can see, winning a larger jackpot means you have fewer options for claiming your prize.

All prizes valued at over $5,000,000 and all types of annuity payouts will require you to make an appointment with the lottery commission first. The State of Texas has unique guidelines when it comes to reporting your prize to the IRS.

Generally speaking, a lottery prize valued at over $600 needs to be reported to the federal government. However, what you actually won in the lottery must be at least 300 times greater than how much you wagered.

When the Tax Applies

When your prize is larger than $5,000, don’t expect to take your prize home tax-free.

The federal tax for lottery winnings of this amount is currently 24%. This is the amount that will be taken out of your prize before it’s claimed.

Yet again, this isn’t as cut and dry as it seems.

The state of Texas will subtract how much you wagered on the lottery ticket first. If the difference between what you won and what you wagered is not $5,000 or greater, then you won’t be faced with this 24% tax.

Note: Those who are not residents of the United States will face a 30% federal tax on all winnings of $600 or more. The great thing about Texas is that there isn’t an additional state tax on lottery winnings, no matter how much you win in the lottery.

The only tax you’ll face on your lottery prize is the 24% federal tax and a possible additional income tax at the federal level when you file your tax return.

The Two Types of Lottery Prizes 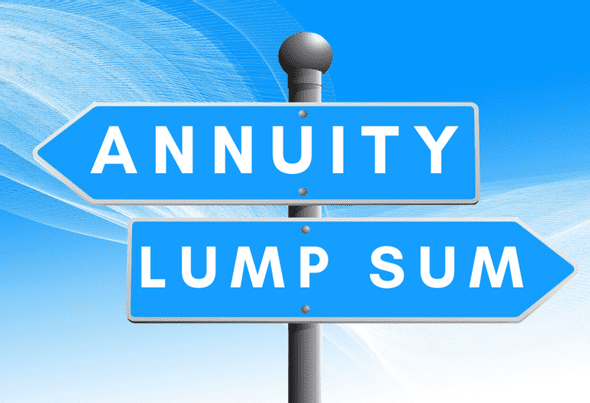 When you buy lottery tickets in the State of Texas, you’ll have to decide whether you’re choosing the annuity or cash value option if your ticket happens to win. For some lotteries in Texas, you cannot change your mind after purchase.

Let’s go over the two different types of lottery prizes in Texas. When you accept this type of award, the total jackpot will be split up into 30 payments over the next 30 years. But how this money is held will determine how much money your jackpot ends up being valued at.

In Texas, your money will be held by an investment firm.

That means a $30,000,000 jackpot might be worth a lot more in the future based on growing interest rates. So, you might end up taking even more home at the end of the day by choosing the annuity plan.

The cash value option (CVO) is sometimes referred to as the lump-sum payment for lottery wins. But instead of taking home the entire lump sum, you’ll actually be getting the approximate cost of a 30-year investment plan.

In some cases, you might be losing out on a lot of money in this scenario. Even though 24% of your prize is taken out of your total prize before you claim it, that might not be the last time you pay the federal government taxes on this money.

That’s because a lottery win is taxed like income at the federal level. And this plays a huge role in tax brackets when it comes time to file your federal tax return.

As you reach a higher tax bracket, you’ll be taxed at a slightly higher rate. So if your big lottery win brought you to a tax bracket that’s taxed above the 24% you were already taxed at, you might be owing the government even more money on your prize.

The highest tax bracket is valued at 37%, so you might owe an additional 13% in taxes to the federal government.

How Lottery Prize Will Impact Your Taxes

There are some things you need to keep in mind before deciding how you’ll claim your lottery prize in Texas. That includes:

Both types of plans have their benefits, but they also play a huge role in what you’ll end up paying in taxes. It’s important that you weigh your options well before you even buy your lottery tickets in the first place!

Winning the lottery in Texas is incredible. Not only will your jackpot be invested and possibly earn you extra interest, but you’ll also be able to avoid a state lottery tax entirely.

But don’t head to Texas to buy your lottery tickets!

Though your lottery prizes are taxed at the rate of the state where you bought the ticket, that doesn’t mean you’ll owe no state taxes. If your state has a lottery tax, you’ll owe this difference to your state instead.